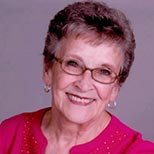 Barbara (Goeders) Dull was born and raised in Harrah, Oklahoma where she also attended Harrah Schools. Upon graduation in May of 1952 she went to work for the State Welfare Department. She met the love of her life, William H. (Bill) Dull in November of that year, who was stationed at the Norman Naval Base. They were married in July of 1956. Four children were born of this union, Roxanne and Russell (twins), Scott and Dean. They established the W. H. Dull Agency in 1963 in Harrah where they sold insurance and real estate. After Barbara left the State in 1972, she obtained her real estate and insurance licenses. Her and Bill purchased several small insurance agencies along the way and were involved in land development and home building. They merged with the Ewton Agency, a long established insurance agency in Choctaw, and moved to Choctaw in 1982. The agency name was then changed to Omega Insurance Agency. At this point it was strictly insurance sales. Bill retired in 1998 and by that time, the three boys were involved in the agency and took over running the business. Barbara, Bill and the family are members of St. Teresa Catholic Church. Barbara is a member of the Catholic Daughters of the Americas and the church choir. She is also an avid traveler and enjoys spending her time at the lake fishing.

Russell graduated high school in 1977 from Harrah. He joined the US Air Force serving five years on active duty. He was honorably discharged in 1982 and began his career with the W.H. Dull Insurance Agency in Harrah, Oklahoma selling and servicing personal accounts. That same year, the agency merged with another agency and moved to Choctaw, Oklahoma, and changed the name to Omega Insurance Agency. After several years as manager of personal lines he began concentrating on commercial and life and health insurance. In 1997, Russell and brother’s Scott and Dean purchased the agency from their parents, W.H. “Bill” and Barbara Dull. Russell has been active with the Harrah and Choctaw Chamber of Commerce’s and has served as president of the Professional Insurance Agents of Oklahoma. Russell attends St. Teresa’s Catholic Church and enjoys watching OU football and OKC Thunder basketball.

Scott graduated high school in 1980 from Harrah. He joined the US Navy that same year serving four years on active duty where he was honorably discharged December 13, 1984. He started his insurance career in 1985 with Omega Insurance obtaining his Oklahoma Property and Casualty Agents License that same year. He also started his college studies in 1985 earning his Bachelors in Business Administration with a Finance major in 1992. Later he went on to work as a property inspector for Reliable Reports, then as a claims adjuster for Liberty Mutual Insurance where he obtained his Oklahoma Adjusters License. Coming back to Omega Insurance in 1997 Scott began the transition with brothers Russell and Dean to purchase the company from founders Bill and Barbara Dull. Scott obtained his Certified Insurance Counselor (CIC) designation thru The National Alliance in 2002. All the while Scott maintained his military career with the US Naval Reserves where he retired with full honors on January 01, 2003. Scott currently serves the company as CFO and works as a producer. He has been happily married to his life partner Lacreta “Lu” since 1987, and they have three living children, Jeromie Cook, Kimberly, and Kailea, one daughter-in-law Christine Cook, one son-in-law Jacob McGehee, and three grandchildren Abigail & Tyler Cook, and Rylan McGehee. Scott volunteers for many local community organizations serving in various official capacities. He likes cooking, especially outdoor grilling and smoking, and land management on the family farm in Harrah. He and his family attend St. Teresa’s Catholic Church in Harrah.

Dean graduated high school in 1983 from Harrah.  He attended St. Gregory’s College in Shawnee, OK where he earned the degree of Associate in Science.  He then transferred to Central State University in Edmond, OK where he earned his Bachelor of Business Administration with a Finance major in May of 1987.  After Graduating from college he moved to Tulsa, Oklahoma and began his insurance career as a staff adjuster for Mid Continent Casualty Company.  In 1989 Mid Continent transferred him to the claims office in Enid, Oklahoma.  In June of 1994 Dean accepted a position at Omega Insurance Agency as a producer.  In 1997, Dean along with his brothers Russell & Scott purchased the agency from their parents W.H. “Bill” Dull and Barbara Dull.  In October of 2002 Dean earned his Certified Insurance Counselor designation from The National Alliance.  In November of 2018 Dean married his life partner Therese Dull.  Dean enjoys cooking with his wife Therese as well playing music professionally.

Lu began her insurance career in 1979 at the Dull Insurance Agency in Harrah, Oklahoma. She remained there for several years before pursuing an opportunity at a larger agency in Oklahoma City.  She moved back to what is now Omega Insurance in 1997.   She specializes in personal lines coverage’s for home and auto, but her clientele does include some small commercial accounts as well. Lu earned her Certified Insurance Service Representative designation thru the National Alliance in 1996. That same year she was also awarded the first Outstanding Customer Service Representative Award.  In 1998, she served as Dean of the 50th Annual Insurance School for the Oklahoma Association of Insurance Agents.  She has also served as an Oklahoma faculty member for the Certified Insurance Service Representative program in Personal Auto.  She has taught  Insurance Licensing  classes thru the Eastern Oklahoma County Vo-Tech and insurance coverage classes for local High School Seniors. Lu has been happily married to fellow agent, Scott Dull since 1987. In her free time,  she enjoys spending time with her three grand babies, Abigail, Tyler and Rylan, taking road trips, and flower gardening.

Ricci started at Omega Insurance in 2011 as a receptionist. She obtained her Property and Casualty license in September of 2011. Ricci also has her Certified Insurance Service Representative (CISR) designation thru the National Alliance and in 2021 received her Certified Insurance Counselor (CIC) designation from the National Alliance. She started her insurance career selling and servicing personal lines accounts. Since then, she has been selling policies to fit individual client needs with an emphasis on long term relationship building as well as excellent customer service. In 2016, she moved on to selling and servicing commercial lines accounts where she helps to not only sell policies, but also help policyholders understand their coverage’s, explains different features of insurance coverage’s, and makes sure the policyholders needs are met. She enjoys helping Omega’s wonderful customers with their insurance needs. Outside of work Ricci enjoys spending her time with family and friends.

Polly has been in the insurance industry for many years joining the team at Omega Insurance in 1997.  She is licensed in Property & Casualty, Life & Health, also has her Certified Insurance Service Representative (CISR) and Certified Insurance Counselor (CIC) designations thru the National Alliance. As a Commercial Lines Account Manager she takes pride in helping people with their insurance needs.  Always trying to go the extra mile to make our customers feel appreciated is her goal. Working close to home with Omega’s great family orientated group is very important to her. She spends her time outside of work with her grandchildren and traveling to the beach.

Kailea started at Omega Insurance in May of 2017. In May of 2013, she graduated from the University of Central Oklahoma with a Bachelor of Applied Technology. After graduation she worked at Westphalen Insurance Services in Edmond, Oklahoma for a couple of years before transitioning out of insurance for a short time to work in radio. Shortly after joining Omega, Kailea obtained her Property and Casualty license. In January of 2018 she obtained her Life and Health license. And in December of 2018, she earned her Certified Insurance Service Representative (CISR) designation thru the National Alliance. She is an active participant with Young Agents thru the Independent Insurance Agents of Oklahoma. In 2020, she participated in the Young Agents, Future Insurance Leaders of Oklahoma (FILO) program. In 2021, she earned her Certified Insurance Counselor (CIC) designation thru the National Alliance. Kailea services the personal lines department at Omega and also helps with marketing and social media. She is an active member at St. Teresa’s Catholic Church, where she teaches Pre-K Religious Education. She also serves as the music coordinator for Harrah Chamber of Commerce’s annual Harrah Day Festival. Kailea has been happily married to her husband, Jake McGehee, since 2015. They have one son, Rylan McGehee. In her free time, she enjoys spending time with her boys, listening to and playing music, reading and traveling.